With over 1,300 exhibitors from around the world, IBC is the largest global media tradeshow in Europe. Last September, NetroMedia crossed the Atlantic to attend…

The IBC Show is Europe’s largest electronic media tradeshow – hosting over 48,000 media and entertainment professionals from over 140 countries. A conference and exhibition, IBC is held annually in Amsterdam, Netherlands.

Yet Another Amazing Trade Show Experience . . .

In 2010, we exhibited at the IBC show, in stand #IP361. We were highly successful in showcasing some of our unique services and products, talking about future developments and meeting with prospects and clients to discuss their individual requirements.

Asides conducting one-on-one business meetings, we also unveiled VSiCaster in our booth. VSiCaster is our portable enterprise-level webcasting unit, capable of streaming high-quality video to desktop computers, media-enabled smartphones and tablet PCs. Once an input device is attached and the unit establishes an internet connection, VSiCaster will immediately distribute live video through NetroMedia’s fail-safe Content Delivery Network. It’s as simple as that. Unveiling VSiCaster was highly successful because:

The meetings had and connections made at IBC were very important features of the show. They had a positive impact in that they aided in:

IBC SESSIONS (Recordings and Visuals of Conference Sessions for IBC 2010) – IBCSessions.com …And Then NetroMedia Dashed Across Europe for More!

Following the overwhelming responses from prospects and clients alike to our one-on-one business meetings at the show, NetroMedia decided to extend our European trip to London, United Kingdom and Helsinki, Finland. There, additional meetings were held in London from the 15th of September until the 18th and the 18th to the 20th in Helsinki. These meetings allowed NetroMedia: 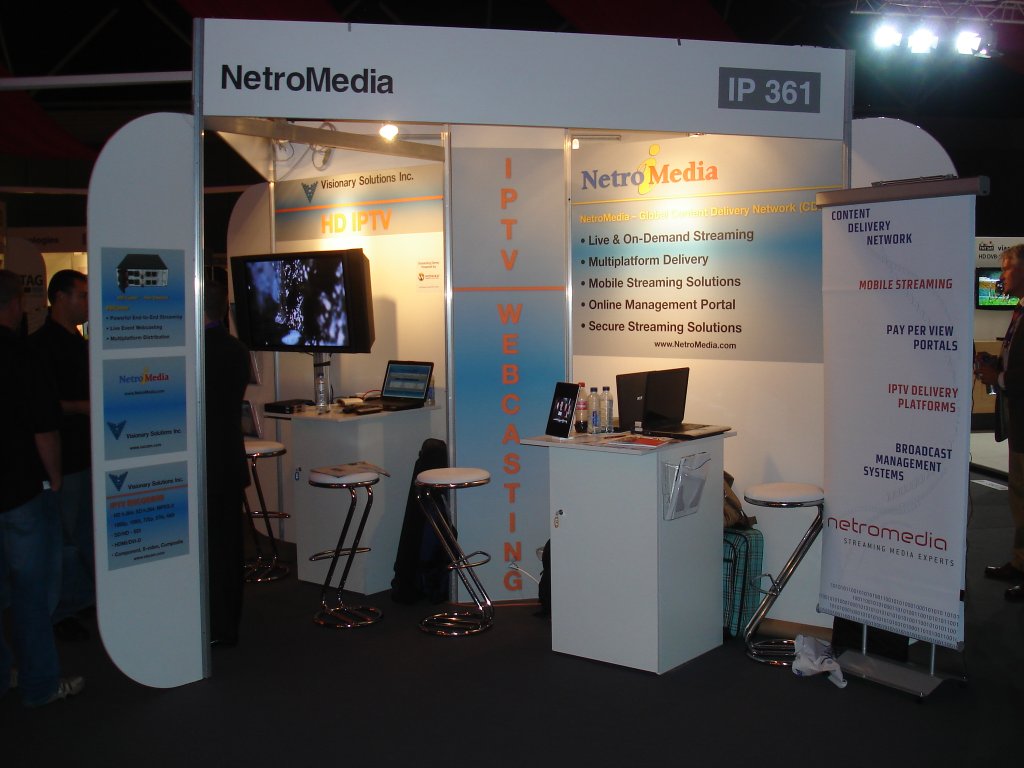